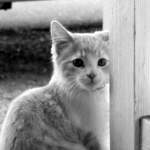 Magda Knight is a speculative fiction writer and the founding editor of alternative lifestyle website Mookychick.co.uk. Her short stories for adults, young adults and children have been published in a number of anthologies and publications including Carnage: After the End (Siren's Call Publications), Into The Woods (Hic Dragones), The End Was Not the End (Seventh Star Press), Mythology High (Buzz Books) and the British comic 2000AD. Two of her unpublished YA novels were longlisted for the Mslexia Children's Book Awards in 2012.

Dolores and the Cave

COME INTO THE CAVE, DOLORES. NOTHING BAD EVER HAPPENED IN A CAVE. You have your team, your caving gear, your equipment. You're all set to descend into a previously unexplored cave - the find of a lifetime. As you abseil down, you feel the rock heave around you. It's your worst nightmare - a cave-in. You wake up trapped. Hurt. Alone. Then a voice starts talking to you in the dark... *** Dolores and the Cave is a ten-minute horror game with nine different endings to explore. Don't worry, Dolores. Everything will be just fine.

No comments on this wall.